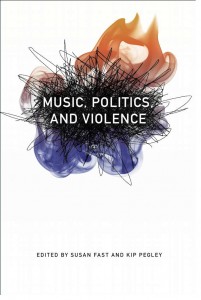 music and conflict. Noteworthy examples include Music, Politics and War: Views from Croatia (1998) by Svanibor Pettan; Singing Our Way to Victory: French Cultural Politics and Music During the Great War (2001) by Regina M. Sweeney and Sound Targets: American Soldiers and Music in the Iraq War (2009) by Jonathan Pieslak. The in-depth focus of these books on one particular case study alludes to the challenge of creating a more generalized theory about music and conflict, two context-based and relativistic concepts that resist generalization across chronological and geographical boundaries. One admirable effort to overcome this obstacle is evidenced in the landmark publication Music and Conflict (2010) a series of essays by ethnomusicologists edited by Morgan O’Connell and Salwa El-Shawan Castelo-Branco. By drawing together a diverse set of studies on music and conflict, the editors offer one possible theoretical framework with general applicability for examining music and conflict.

{2} Music, Politics, and Violence (2012), a series of essays compiled by Susan Fast and Kip Pegley, is another important work for the advancement of general ethnomusicology theory about music and conflict. Its focused attention on a cross-cultural examination of music and violence within a political context is long overdue. Interestingly, in the introduction to the book, the editors position the volume as simultaneously a part of, but separate from, the growing tradition of music and conflict studies. “[Our] choice of the term violence in this volume, over the more commonly used conflict, is a deliberate departure from existing literature” (2). It is curious that the editors offer little explanation as to how the study of music and violence strays from the tradition of conflict studies.

{3} Perhaps the most important contribution of the book to ethnomusicology is its positioning of music securely within the broader theoretical discussion about violence and the nation state. In the extensive introduction as well as in the short essays that introduce each chapter, Fast and Pegley engage numerous important theoretical studies about violence including Walter Benjamin’s “Critique of Violence” (1921), Frantz Fanon’s Concerning Violence” (1963) and Hannah Arendt’s On Violence (1970). The editors propose that nation states are inherently violent as they “cut or divide up the world – through borders, passports, citizenship papers, counting and managing its populations through the science of the state itself (statistics)” (3). They conclude that since music is fundamentally intertwined in the nation state, it is riddled with violence and conflict.

{4} A central theoretical springboard for the book is Slavoj Žižek’s important theoretical examination of violence, Violence: Six Sideways Reflections (2009). The fundamental premise of this book is that subjective violence with a clearly identifiable source is actually the result of systemic violence inherent in less obvious economic and political systems. Žižek urges his readers to explore these hidden systemic causes of violence as a means of understanding the corruption of basic organizational structures such as contemporary versions of democracy. In Music, Politics, and Violence,Fast and Pegley engage thoroughly with this notion of systemic violence though they maintain a more neutral political stance: they examine music as “a particularly rich medium for perpetuating symbolic violence, which, in turn, often becomes part of a much larger systemic oppression” (27). Fast and Pegley do disagree with Žižek’s approach to music and violence. They are particularly keen on undoing his assumption that music maintains an inherent transcendent quality somehow expressing ideas and emotions where words fail, and that it thus somehow lies outside of the realm of everyday social context: “We cannot use music to keep our reflections on violence at some respectful distance. Indeed, we must uncover precisely how music does its cultural work, which is what the essays in this volume seek to do” (12). Music, Politics, and Violence emphasizes the social construction of musical meaning, clearly explaining why this is fundamental to understanding the connections between music and violence in a political context.

{5} The nine essays that comprise Music, Politics, and Violence examine the dialogic relationship between music and violence in diverse chronological and geographical contexts. While such a book might have been held together solely by virtue of its basic subject matter, the editors skillfully bring together the numerous case studies with an extensive introductory chapter and carefully integrated theoretical prefaces to each essay. The clear organization of the introductory chapter and of the entire book around three critical theoretical trajectories makes clear to the reader the larger framework of the text. These three theoretical trajectories examine the dialogic relationship between violence and the nation state: Slavoj Žižek’s discussion of subjective, objective and systemic violences and their surrounding discourses of action and inaction; notions of belonging and/or “otherness” within nation-states, ideas incorporated by numerous scholars of violence including Jacques Derrida, Wendy Brown, Judith Butler and Gayatri Spivak; and examinations of public and private memorials as tools of justification for committing violence against the dead as discussed by Judith Butler and Sharon Rosenberg.

{6} The book is divided into three parts. Part I, titled “Objective and Subjective Violences,” examines the violent use of music during wartime. Particular attention is paid to the emotional and physical harm caused by music and to the role of music in defining categories of difference and ‘Otherness.’ The four chapters in Part I cover a broad range of conflicts including World War I, World War II, the Vietnam War, the Yugoslav Wars and the invasion of Iraq. In Chapter One, “‘A Healing Draft for a Sick People’: War in the Pages of the Neue Zeitschrift fur Musik, 1914–1918,” Nicholas Attfield examines one of the best known and longest running German-language music journals Neue Zeitschrift für Musik.The focus of the chapter is how political ideology played a surprisingly major role in guiding the journal contents and how the journal reflected subsequently the nation’s war effort. In Chapter Two, “The Afterlife of Neda Ukraden: Negotiating Space and Memory through Popular Music after the Fall of Yugoslavia, 1990–2008,” Catherine Baker discusses the case of Yugoslavian singer Neda Ukraden to demonstrate how musical biographies “become subject to recontextualization and reworking in conditions of ethno-political conflict” (60). Baker examines the erasure of multiple identities in what she characterizes as a violent process to create meaningful identities for newly-formed nation states. In Chapter Three, “Between the Lines: ‘Lili Marlene,’ Sexuality, and the Desert War,” Christina Baade examines the way in which the song “Lili Marlene” was enjoyed across enemy lines during World War II. Also, the author focuses upon three key wartime performers of the song, Lale Andersen, Anne Shelton and Marlene Dietrich, examining how they negotiated the ambivalent sexuality and sentiment of the song in live performance for soldiers and for other audiences. James Deaville traces the history and development of music integrated into televised American news broadcasts of war in Chapter Four, titled “The Changing Sounds of War: Television News Music and Armed Conflicts from Vietnam to Iraq.” He emphasizes a profound transformation in the sound and function of this music during the years between the Vietnam War and the Persian Gulf War, complicating the ways in which “music served as a primary agent for the transformation of the American living room into the site for war’s ‘virtual reality’” (106).

{7} Part II, “Violence and Reconciliation,” is divided into three chapters that examine the diverse roles of music in processes of reconciliation during and after violent conflict. In Chapter Five, “Revivals and New Arrivals: Protest Song in the Al-Aqsa Intifada,” David A. McDonald writes about Palestinian expressive culture since the escalation of the al-Aqsa intifada in 2002. With special attention to various types of protest song, McDonald engages ethnographic analysis of individual performances and events to discover how Palestinian ideational strategies are embodied and performed from within various politico-nationalist frames.  In Chapter Six, “Pax Mevlana: Mevlevi Sufi Music and the Reconciliation of Islam and the West,” Victor A. Vicente explores the role of Sufi poetry, music and ritual in countering the “increasing ‘rift’ between the Muslim world and the West” (150). With a particular focus on the music of followers of Mevlana Rumi, Vicente examines moments of musical reconciliation as well as moments of increased tensions found in state-sponsored sema whirling shows, private zikr ceremonies, and popular music performances that incorporate Sufi themes and sounds. Chapter Seven, “Choreographing (against) Coup Culture: Reconciliation and Cross-Cultural Performance in the Fiji Islands,” explores the symbolic power of hybrid music performance in the Fiji Islands. Through an examination of two contrasting performances, one government sponsored and the other “grassroots” that incorporate the music of Indigenous Fijians and Indo-Fijians, ethnomusicologist Kevin C. Miller investigates music and dance as a critical site for nation making in the midst of ethnic tension and multiculturalist discourse on a local and national level.

{8} Part III, “Musical Memorializations of Violent Pasts,” investigates the ways in which music and musicians provide narratives of remembrance for violent histories. In Chapter Eight, “Complementary Discourses of Truth and Memory: The Peruvian Truth Commission and the Canción Social Ayacuchana,” Jonathan Ritter examines how recent violence against the state involving the Shining Path guerillas is woven into local and national historical narratives. Ritter presents a fascinating comparison between the official commemorative work of the Peruvian Truth and Reconciliation Commission and that of canción social ayacuchana musicians. While both served to commemorate violent histories through similar discourse, their divergences in content and style raise interesting questions about the nature and value of local and national narratives of remembrance in the public sphere. The final chapter in the book is “National Identity After National Socialism: German Receptions of the Holocaust Cantata, Jüdische Chronik (1960/1961)” by Amy Lynn Wlodarski. This chapter engages with broader questions of German memorializing of the holocaust and of how in the aftermath of the war, cultural memory was shared between the citizens of the Federal Republic of Germany and of the German Democratic Republic. Using the Holocaust Cantata Jüdische Chronik (1960/1961) as a case study, Wlodarski adeptly demonstrates how one composition can present divergent paths of remembrance and serve ulterior motives: Wlodarski posits that the cultural prominence of the Cantata in the German Democratic Republic was due less to sentiments of guilt or reconciliation and more to its use by the state as a pawn in Cold War politics.

{9} Ethnomusicologist J. Martin Doughtry provides a thoughtful and inspiring Afterword to the book titled “From Voice to Violence and Back Again.” In this essay, Doughtry skillfully ties the nine essays of the book together through a philosophical engagement with the voice and with violence in which he challenges conventional understandings of their intersections: “[I]t is clear that we need a definition of violence that does not put it in opposition to voice, or to music” (257). Doughtry proposes that violence is not merely an activity engaged when the voice is no longer effective; it is an activity that incorporates the voice as systemically and subjectively as Fast and Pegley propose that violence and politics incorporate music.

{10} Music, Politics, and Violence makes a convincing case for the need for conflict studies framed specifically around music and violence and presents a tenable theoretical framework for doing so with cross-cultural applicability. Incorporating the work of a number of renowned scholars who examine theoretical implications of various social constructs including violence, national identity, and public and private space, editors Susan Fast and Kip Pegley successfully and organically integrate music into larger theoretical discussions about violence and the nation state. As such, they offer a fully integrated theoretical framework for examining music and violence from a cross-cultural perspective and emphasize the importance of considering the role of music in moments of systemic, subjective or objective violence. In the words of the editors, “music is never neutral, and we cannot turn a blind eye to how it is used for violent purposes in the realm of the political” (27).

Yona Stamatis is an Assistant Professor of Ethnomusicology and Associated Faculty of the Department of Sociology/Anthropology at the University of Illinois, Springfield.